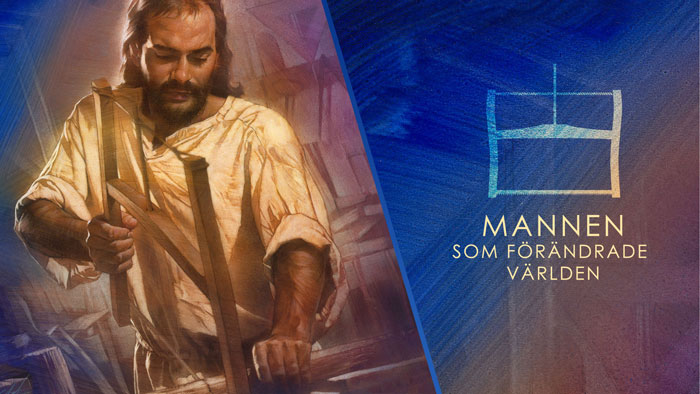 Do not miss the new TV series: The Man who changed the world.

Two new programs per week, every Tuesday and Sunday at 19.30. The series will continue in 2016. The Man – who changed the world is a TV-series that will focus on the man Jesus and his life. This series will follow the four Gospels and the book, The Desire of Ages.

The Man Who Divided Time

William Shakespeare, Martin Luther, Julius Caesar, Charles Darwin, Adolf Hitler and Justin Bieber – if they were to be placed in a list of historical figures starting with the most significant, how would they fare?

That’s exactly what Steven Skiena and Charles Ward set out to do in their recent book Who’s Bigger? Where Historical Figures Really Rank. They approached their task in the rigorous manner characteristic of scientific research, using several internet-based metrics to collect millions of opinions on these figure’s reputation and fame to arrive at their historical significance.

The big question is of course, who came out on top? Who is deemed as the number one significant figure of history? How has the idea of this person survived the passing of time? The answer may come to some as an anticlimax: Jesus. No surname needed. With over 2 billion followers almost two thousand years after his death, the whole Western world celebrating his birthday every year — Christmas, and time being reckoned in the modern world from his birth, Jesus is considered as the ‘the most significant person ever’. Asked if Jesus could lose his spot in the near future due to the fluid rankings, the authors responded that ‘people can move up or down over time. But Jesus seems pretty secure in his position.’ For a man who came from a backward village in an obscure part of the Roman Empire, who did not travel much more than 300 kilometers on a single journey in his life, and was active as a teacher only for three years, this seems amazing. Add to that that he did not speak a foreign language, had no formal education and is not known to have written anything (except in the sand – John 8:7), and his impact on history becomes even more puzzling.

Christians have no difficulty coming to terms with Jesus’ status in history. After all, they consider the extraordinary claims made by and about Jesus to be true: Son of God, who’s birth, life and death was foretold by ancient prophets, the prince of peace, the Savior who will usher in a new age for planet Earth, mediator between men and God. But for those who do not consider themselves believers, the carols about his birth under a star, which we hear wafting through shops as we scurry around preparing for Christmas, though comforting and familiar, may seem quite passé and irrelevant. After all, the time in which Jesus lived is so remote from the present. He may have had some sort of answer to the problems of his age, but what impact could his life and teachings have on our time? If one were to describe the age in which Jesus was born, you would be forgiven for thinking they were talking about our time. It was an age of general peace, the pax romana (not the pax americana), but a state that was threatened by troubles in the Middle East, particularly from the Parthians, which occupied the territory of today’s Iran (not much has changed). A major headache for the Romans was terrorism on a massive scale – in one incident called the Asiatic Vespers, 80,000 people were killed in Asia Minor. With conflicts raging in distant corners of the empire, citizens refused to serve in armies, so professional soldiers took their place. Still, the general peace allowed for a state of unprecedented creativity and invention. The Romans built fabulous aqueducts, spectacular amphitheaters and roads linking all parts of the empire. The Empire also brought one language, one currency, one law and a free-market economy, which led to flourishing commerce and ease of travel. With increased mobility, new ideas were able to spread rapidly over long distances. It was also an age of great prosperity. The rich lived in the many sumptuous villas, with underfloor heating and marble fixtures. Cities like Rome reached densities far greater than that of modern cities, like Manhattan and London. Most urban people lived in cramped apartment buildings called insulae, on which modern blocks of flats are modelled. It was an age of huge gaps between the rich and the poor, of social mobility, where slaves could rise to become wealthy landowners, and of philanthropy, where some of the very rich businessmen would spend money on projects for the common good (think Bill Gates or Warren Buffet).

The time of the late Roman Empire and our time are the only two times in history when spectator sports were all-important. Sporting heroes and gladiators, similar to today’s sporting and movie stars, achieved incredible fame and wealth. Gladiatoral games bred a culture of violence, not unlike today’s violent movies and video games. The expression ‘bread and circuses’ well encapsulates the two general past-times: food and entertainment. And if one were to describe general attitudes towards sex, prudish and straight-laced would not be suitable adjectives. Homosexuality was common, as was the practice of abortion. It was in this environment ‘that there went out a decree from Caesar Augustus, that all the world should be taxed. … And Joseph also went up … unto the city of David, which is called Bethlehem … to be taxed with Mary his espoused wife, being great with child’ (Luke 2:1, 4-5). Augustus, the first emperor of Rome, was the towering figure of the age, who rose to the very pinnacle of political and religious power. He changed to fortunes of the empire at a time of political turmoil and religious apathy. For students of history, the similarities between Jesus and Augusts are striking, which make Jesus’ top status even more surprising. Octavian (his real name) invented early on a new title for himself: divi filius, translated as ‘divine son’, in his capacity as adopted son of the assassinated and deified Julius Caesar. Soon after, Octavian records that a new star appeared in the sky and was visible for seven days all over the world. He consequently put on his own helmet the sign of the star, which then appeared on coins and seals as a symbol of hope.

Octavian took as his patron Apollo, the god of prophecy and protector of the sibyls, the prophetesses who gave ancient Rome the official oracles consulted in times of calamity. A sibylline verse predicted that when peace was made with the Parthians, a new golden age would dawn. So after Octavian signed a peace treaty with the Parthians (20 BC), he hailed himself as the usherer in of the new age. The grateful people called him ‘prince of peace’ and bestowed upon him the title of Augustus meaning ‘the one sent by the gods’, not very different according to historians from the Hebrew term Messiah. With great fervor and charisma, he set about to bring religious reform to his nation, embarking on an unparalleled program of rebuilding temples and reviving old priesthoods and ceremonies. Augustus soon collected all the high priesthoods of Rome, including that of pontifex maximus, in a ceremony attended by the greatest crowd assembled up to that time in the eternal city. In a magnificent altar called the Ara Pacis Augustae, which can still be seen in Rome, he is portrayed as the mediator between gods and men. Historians believe that this altar was part of the largest sundial ever, which marked the time of Augustus’ conception (the winter solstice, on 25 December) and of his birth (the autumn equinox).

With such a formidable figure on the political and religious horizon, it is difficult to understand how the carpenter of Nazareth could rise from the shadow of history. Yet more than two millennia after his birth, people celebrate the birth of the one who was prophesied in the Bible to be born in Bethlehem (Micah 5:2) under a star (Numbers 24:17). People across the ages have looked up to Jesus as the prince of peace (Isaiah 9:6) and their mediator with God (1 Timothy 2:5), as their savior from death and despair. Millions have found comfort and strength in the life of Jesus and deep meaning in his message of justice, love and tolerance. Beyond all the skeletons in the closet of Christian history and the unrighteous acts done in Jesus’ name by his followers in name only, maybe this hectic Christmas season is not a bad time to find out what all the fuss is really about — the one, who said ‘come unto me, all you that labor and are heavy-laden, and I will give you rest’ (Matthew 11:28).

The words of skeptic historian HG Wells, who did not consider himself a Christian, may serve as a fitting appraisal for the ‘penniless teacher from Nazareth’: ‘The world began to be a different world from the day that doctrine was preached, and every step toward wider understanding and tolerance and good will is a step in the direction of that universal brotherhood Christ proclaimed. The historian’s test of an individual’s greatness is: “What did he leave to grow? Did he start men to think along fresh lines with a vigor that persisted after him?” By this test Jesus stands first.’

Antonella Pedley is finishing her MA in Ancient Religions at UWTSD. She is working in Program Acquisition at LifeStyleTV.